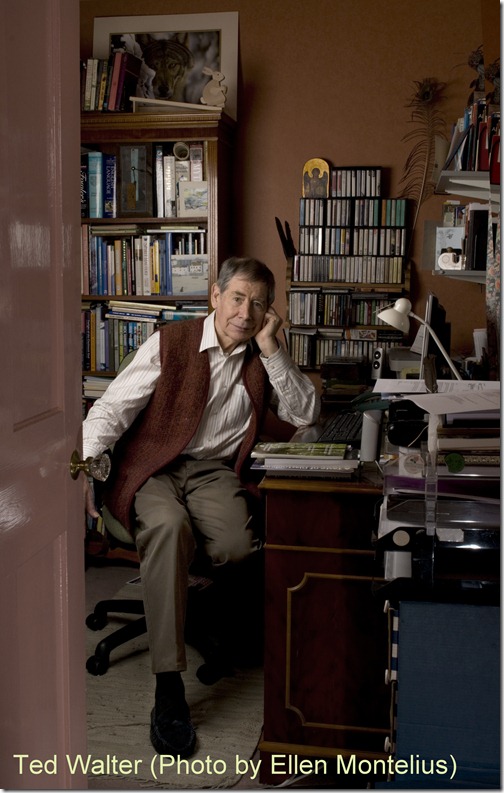 All of us at Excel for Charity are saddened by the passing of Ted Walter, a beautiful poet who understood the spirit of our cause and always supported us.

In January 2012, Ted’s poem ‘Wasps’ was highly commended by Mandy Pannett, judge of the Swale Life International Poetry Competition organised by Excel for Charity. In her adjudication report, she had said of ‘Wasps’;

“A striking poem that considers the implications of destroying a wasps’ nest. I was immediately pulled in by the repeated phrase ‘And if I had?’ A poignant, thoughtful poem beautifully written.”

And if we had known he was unwell, we might have called him, or we might have sent a card just to say say thank you for all the support, and big thanks for the poetry that will never pass on.

Ted grew up in Swanley, Kent with a loving family. He married artist Hazel and had two boys. He began teaching evening classes in creative writing while he was still working as a policeman in the 70s and appeared as a policeman poet on Nationwide. He has enriched and brightened many lives, both young and old, through creative writing ever since.

He overcame prostate cancer in 2006, but sadly died on Saturday 14th April as a result of chemotherapy treatment for subsequent cancer.

Unlike bees, those messengers of gods

wasps raid and sting. They live

So kill the bastards. Be sure to kill them all.

And if I had? This limb being mined

deep into the dark, would be just dead,

sawn off to throw away or burn.

Instead a nest, painstakingly contrived

behind the soffit of my roof,

hangs there, confined above my desk.

Engineers to and fro incessantly,

reel beyond my window, out

to the greengage tree and back, each one

adding to cells that house their young,

or feeding them with insects chewed small.

And if I had, would I have heard

their wings beating in unison?

An ardent song of a contented cat

deep into a purr, the pulse from gentle

silence. When next it starts I listen

to how many? Maybe a legion,